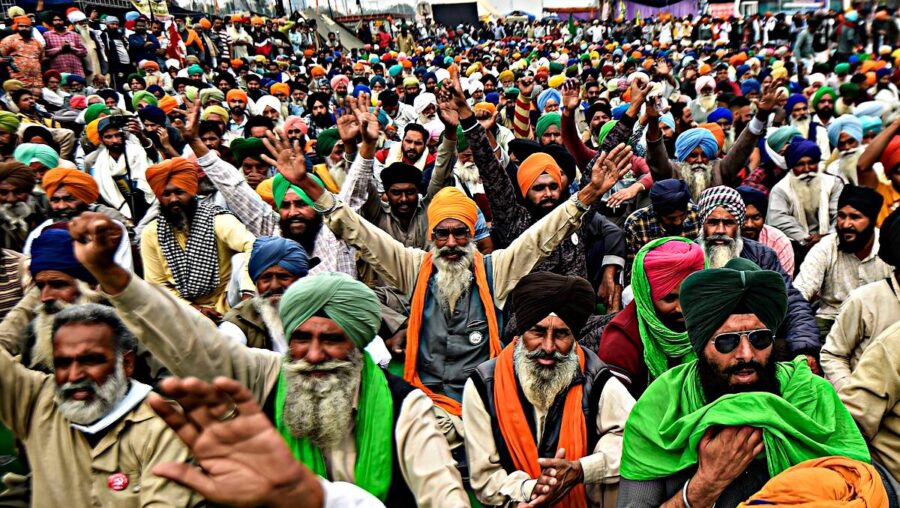 Now that one looks back at the farmer’s mobilisation over the past three months, the fault lines in the government’s approach become clear. It is evident that the government introduced the legislation without garnering sufficient goodwill in its favour. It was confident that given COVID-19 related restrictions, a popular resistance will not take place. The government was unusually assured about the impossibility of a debate around the issue. However, the farmers managed to generate a popular debate outside the house. Similar to the anti-CAA protests, the farm laws have invigorated the public sphere with both deliberative and participatory democracy. The lines have been drawn between the constituent and constituted power.

Agricultural output in India has been satisfactory over the last many years. The foodgrain farmers have been able to bring in a good harvest. Shock in the form of drought, excessive rains, rains during harvest season etc. is part of the agricultural cycle. Though farmers are used to dealing with extreme volatility due to fluctuations in weather etc., the lockdown created a challenge they had not anticipated. Producers of perishable commodities, other than millet producers, have had a particularly difficult season.

In the nightmarish narrative of the pandemic in 2020, the agriculture sector and, specifically, the peasant was forgotten. This was the second blow to the peasantry in five years. Demonetisation in November 2016 occurred right at the moment of kharif harvest and the lockdown at the end of March was instituted just before the rabi harvest.

The new legislative acts, namely the Farmers’ Produce Trade and Commerce (Promotion and Facilitation) Act, 2020, the Essential Services Commodities Act, 2020, and the Farmers (Empowerment and Protection) Agreement on Price Assurance and Farm Services Act, 2020, are designed in such a way that eventually they will make the MSP (minimum support price) and PPS (public procurement system) redundant.

A significant aspect of the agricultural sector is the sale of produce. Mandis in this regard are central. During the peak of the pandemic, for example, due to restrictions and the migration of labour, mandis could not operate. Delay in the process resulted in losses to farmers. One major lesson that needs to be learnt from the chain of the workforce and its deployment in the agriculture sector is that to ameliorate the distress of farmers, MSP has to be backed by a well-managed procurement mechanism.

The outline of the laws and its political positioning hints at a pro-corporate bias. Significant reforms in the agricultural sector are urgently required but the debate around MSP highlights that in India reforms in the sector cannot be based on a laissez-faire approach antagonist to farmers’ interest.

However, the government and its allies across sectors have consistently engaged in deflecting criticism. In the exercise of diverting attention from the core issues, the goalpost kept shifting in the entire discussion. Initially, the government responded with indifference and pretended to be oblivious to farmers’ concerns. Later, it described the mobilisation as a ploy by opposition parties and tried to infantilise the protests by referring to the farmers as being misled. The display of the repressive approach was evident in the use of water cannons, tear gas shells and lathi charge on the protesting farmers when they were moving towards the national capital region. A narrative that sustained itself by calling protesting farmers foreign-funded, anti-national, Khalistanis etc was started. State agencies started to summon leading figures associated with the protest and branded some of them as “overground workers” of banned organisations. This is nothing but a time-tested politics of intimidation to silence legitimate opposition to the government.

The nature of peasantry is indeed diverse across various regions in India. The peasant question has regained significant currency even though a narrative of modernity, infrastructure, and urbanism was gaining dominance in the government’s argument for development. The nature of the protest has highlighted the difficulty and undesirability of imposing a single common narrative structure on both sides.

The protest sites of the farmers have turned into an alternative utopia where tradition and modernity have converged and introduced a hybridity that cannot be ignored. Farmers’ political posturing is based on a modality that comprises a triad of an ethico-political narrative that is based on sewa (service), the assertion of the identity of annadaata (provider) and recasting the narrative of bhoomi (land). Through sewa, the farmers have disrupted the government’s narrative that thrives on a binary of a friend and foe such as nationalists versus anti-nationalists. Instead, the farmers’ protest has invited and even served the policemen deputed to limit and even repress the protests. Their indiscriminate welcome to one and all has garnered support beyond their constituency. In the Indian culture, the cultivator/farmer is often revered as the annadaata, almost a demi-god figure that serves as god’s invisible hand as a provider on earth. This sensibility resonates across cultures, traditions, regions, and communities of the country. The annadaata narrative has added a spiritual dimension to the protests. With it, the esoteric stories of peasants’ resolve also became popular amongst diverse masses, many of whom live by social media. Above all, the farmers have reiterated the human relation to land as a resource which must extend beyond a simplistic notion of economic extraction. In hindsight, the discourse of bhoomi as “nurturer” has short-circuited, and even confronted, the Hindu right-wing’s narrative of bhoomi (belonging/political membership) that thrives on a distinction of matru bhoomi and pitr bhoomi and creates exclusionary politics and marginalisation. The protests have succeeded in creating a public consensus against cartelisation, monopoly business and corporate takeover of the country. For the first time, two business houses (Ambani and Adani) have become the focus of a sustained popular campaign that proposes them as central figures in the apparatus of dispossession.

The vicious campaigns by a section of media now popularly known as “godi media” against various democratic mobilisations over the past few years have also been called out. The farmers have shown that popular resistance in favour of real political issues can benefit from the power of social media. In an era where the post-truth paradigm is comfortably suggested as the new norm, the farmers’ movement at the borders of the national capital have disrupted this convenient understanding and have shown that facts remain facts no matter how much spin is added to them.

The central government’s late arrival at the negotiating table has shown that the government lacks political maturity, creativity and imagination to resolve a political crisis. It resorts to the time-tested tactics of either discrediting the protests, threatening and intimidating its leaders and attempts to repression. What the central government did not fathom was that the farmers would be so clear in their articulation of demands and could also provide sufficient arguments in support of them. While the government is looking for an easy way out by making insignificant concessions to farmers, the farmers have cordoned off government’s manoeuvring space by sticking to their sole demand, i.e., repeal of the laws. On 20 January, the central government blinked for the first time suggesting that laws could be put on hold for a year or two.

The farmers’ protest has exposed the limitations of the central government. The prime minister’s self-congratulatory sermons have had no effect on the popularity and support of the farm laws, nor has it influenced the farmers to change their views. Given the regional disparity across India, the central government should accept the fact that the purview of such laws has to be federal. So instead of centralising power, it should work towards strengthening federalism. State governments should be allowed to decide on the journey they wish to undertake to deal with the agrarian crises in the region. A hard push for uniformity across the country will prove to be counterproductive.

We contend that the ongoing protests have opened up a new space for popular politics. One, it has created pluralist considerations that the government had to face during the protests. A new politics of inclusion/alliances, both by the state and the popular, are apparent. The ongoing farmers’ agitation has extended way beyond its immediate remit and has gained a potential of great proportion. Second, closer attention is required to study the nature of this creative political resistance. The farmers have been successful in controlling and sustaining the narrative of sewa, annadaata and bhoomi by connecting it to a discourse of nurturing and humanity. The uniqueness of these protests must be seen as a distinct, emerging, and thriving counter-narrative that emerged in a context of little opposition to the dominant political paradigm in India.

Next: Turkish Lira between Dollarisation and Sterilisation → 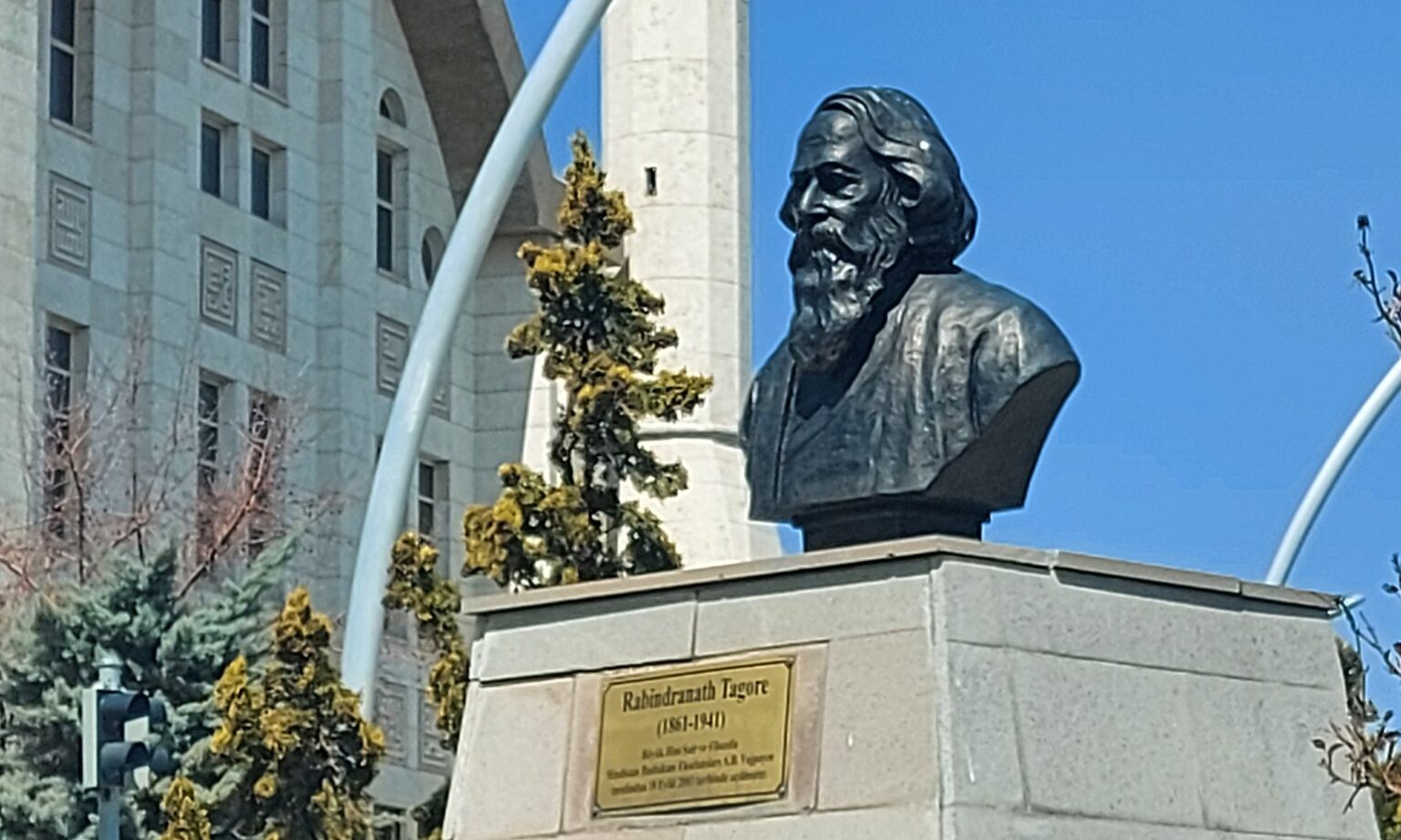 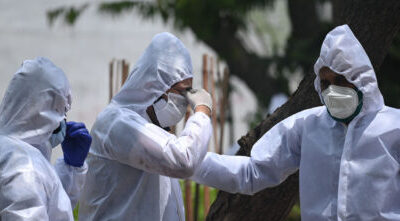 A Pandemic of Failures