The twentieth century has been a century of mass violence and genocides beginning with Namibia (1904-1908) and ending with Rwanda (1994). Even the slogan ‘Never Again!’ raised after the Holocaust and the UN functionaries proved to be hollow, as evident in Bangladesh (1971), Burundi (1972), Bosnia and Herzegovina (1992), and Rwanda (1994), among others. The twenty-first century is no better, as evident in Myanmar’s mass violence and ongoing ethnic cleansing against the Rohingyas. The edited volume by Navras J. Aafreedi and Priya Singh fills an important gap in mass violence scholarship with a representation of scholars from all (Asia, Africa, North America, South America, Europe and Oceania/Australasia) continents (except Antarctica) covering a wide array of themes across geographies. The book has been divided into eight themes: Narratives, Revisionism and reconstruction, Education, Reflections, Trauma, Memorialisation, Literature, Dialogue, and reconciliation.

Besides providing a summary of the volume in the Introduction, Aafreedi and Singh raise an important point that genocides occur due to the complacency of the five Permanent Members of the UNSC, who are among the top six arms exporters. An end to genocide would be disastrous for arms suppliers who profit by supplying arms (primarily) to the perpetrators. E.g., France provided weapons to the Rwandan Hutu government to annihilate the moderate Hutus and Tutsis during the Rwandan genocide. The stateless people, who often are religious/ethnic/linguistic minorities, are at the highest risk of becoming victims of mass violence.

Dennis B. Klein’s chapter explores the atrocities regarding the representation of betrayal by former friends and neighbours in the testimonies of Eastern European Holocaust survivors. The survivor’s accounts contain both emotions- retribution and resentment. Daniela Gleizer and Yael Siman depict the experience of Holocaust survivors in Mexico based on their testimonies, presenting a welcoming yet closed society. Going against the Eurocentric perception of the Holocaust, the chapter explores the difficulties faced by immigrant Jews (like learning Spanish) who arrived in Mexico in the 1930s-40s. Women had to face initial difficulties in Mexico due to rigid socio-economic gender norms. Reuven Firestone engages in an insightful study of how the preservation of trauma across generations often manifests itself through retributive violence. He replaces ‘mass violence’ with Vamik Volkan’s ‘large group violence’ to refer to the conflicts. Some instances of violence include conflicting narratives whereby one group’s chosen trauma’ may be another community’s ‘chosen glory’.

Charles Ehrlich studies the propaganda and the distortion of Holocaust memory in Eastern Europe. The erasure of post-Holocaust Jewish memory in Eastern Europe happened twice- first by Soviet communists and second by the post-Soviet countries like Ukraine for asserting a de-Russified national identity. False moral equivalence enabled them to justify atrocities by obfuscating justice, equating victims with perpetrators. Srimanti Sarkar comments that learning a ‘constructed’ history of genocide is far more dangerous than forgetting it. While 1971 is about genocide denial for Pakistan, 1971commemorates independence and genocide for Bangladesh. She focuses on three significant events which had immense repercussions- the post-1971 fate of the Biranganas (rape survivors who were denied their basic dignity), the systematic marginalisation of indigenous dwellers of the Chittagong Hill Tracts throughout Bangladesh’s existence in favour of a unitary Bengali cultural, national identity, and the culmination of popular discontent over the dreary trials of 1971 war-criminals, at Dhaka’s Shahbag Square in 2013. Md. Mudassir Qamar attempts to understand Holocaust denial and minimisation in the Indian Urdu (lingua franca of most South Asian Muslims) press with content analysis of 15 newspapers from various centres with different ideologies. He concludes that Holocaust denial emanates from historical ignorance of the Holocaust, insensitivity towards the victims, and a biased understanding of the Israeli-Palestinian conflict.

Suzanne Rutland and Suzanne Hampel discuss the Australian Holocaust survivor community with their efforts to preserve memories by breaking ‘the silence’. Introducing Holocaust studies in the Australian curriculum at the school level has gone a long way in sensitising the masses. Tali Nates focuses on the challenges and possibilities of Holocaust education in South Africa regarding the Johannesburg Holocaust and Genocide Centre. She explores the use of another country’s history of mass violence in understanding post-Apartheid South Africa’s current situation. Race was often overlooked in mass violence- Holocaust, where ‘whites’ killed ‘whites’, and Rwanda, where ‘blacks’ killed ‘blacks.’ Anubhav Roy explores the dismal state of Holocaust studies in Indian secondary education. He presents a nuanced understanding of the syllabus- while NCERT textbooks include sections on Holocaust, most state-board texts devote 1-2 lines to it while discussing Nazism. Navras J. Aafreedi emphasises the importance of Holocaust commemoration and studies for India and laments its absence from the school syllabus. He briefly explores Holocaust denial in the Muslim discourse and Holocaust trivialisation in the Hindu discourse.

David Patterson refers to the urgency in conservation with respect to four photos taken by a Sonderkommando at Auschwitz-Birkenau camp who smuggled out the negatives in a toothpaste tube. The photos were developed in 1944 by a Greek naval officer named Alberto Israel Errera. Güneş Murat Tezcür and Tutku Ayhan study the Yezidi genocide (including the mass enslavement of their women and children) in Iraq to ascertain whether it was a rupture with the historical practices of their persecution or the outburst of deep-rooted communal hatred. Anita Sengupta explores how new notions of ‘marginality’ come into play in Modern Turkey whereby certain groups (Kurds, Arabs, Alevis) are excluded from the notion of ‘relevant citizen’, i.e., ‘Turk’ (although the definition of ‘Turk’ is secular according to 1924 constitution).

The post-1973 dictatorial regime in Chile traumatised the Chileans disrupting their lives. Nancy Nicholls Lopeandía hypothesised that in the post-dictatorship period, Chilean society had reflected this trauma, which has led to recognition and condemnation of the human rights violations by the military dictatorship.

Stephanie Rotem cites various examples of non-traditional Holocaust Museums (‘Grassroots Holocaust Museums’) which challenge the dominant hegemonic narratives of the Holocaust. E.g., exploring the experience of the Jews of Thessalonica. Rituparna Roy highlights the quiet continuities in Bengali life despite the rupture of political division with reference to food, music, and clothes. Her aim behind starting the Kolkata Partition Museum was to promote tolerance between the divided Bengalis by consciously attempting to remain humane.

Fuzail Asar Siddique strives to understand the failure of religious and secular literature to curb genocide focusing on Nathan Englander’s stories regarding the Holocaust and Jewish life in general. The stories disassociate a Jew from his/her/their identity, whereby his choosing to show his/her/their religion becomes unnatural openly.

David Rosen explores the Alexandria summit 2002, a significant attempt at achieving harmony among the three Abrahamic monotheistic religious communities (Judaism, Christianity, and Islam). Its key decisions were opening communication lines between the three communities to combat hatred and defamation, promoting peace, and resolving political conflicts. He opines that most religious conflicts are territorial, whereby the ‘unholy alliance of religion and power leads to the betrayal of religion’s noble, humanitarian values.

The book presents its ideas and concepts in lucid language for anyone to comprehend, and jargon, when used, has been adequately explained. It covers events from all continents. The narrative is Holocaust-centric, with 11 out of 18 chapters being directly or indirectly related to it. It is understandable, given the centrality and unprecedented nature (scientific use of violence to annihilate a group of people from existence by the Nazis) of the Holocaust in mass violence studies. The section on ‘Education’ is the most detailed, containing four chapters covering Australia, India and South Africa. The sections on ‘Trauma’, ‘Literature’, and ‘Dialogue and reconciliation’ are short, with one chapter each. The book aptly justifies its title, as it presents a nuanced understanding of mass violence. Unlike the Eurocentric narratives, the book adopts a global viewpoint, focusing on some areas like Australia, Bangladesh, Chile, India, Mexico, and South Africa, which are rarely explored in mass violence or genocide studies. Editors Aafreedi and Singh have done a commendable job weaving together the volume containing diverse narratives whereby one chapter flows into the next. Overall, the book is an engaging read for the ones interested in history, women’s studies, mass violence, political science, and other disciplines. 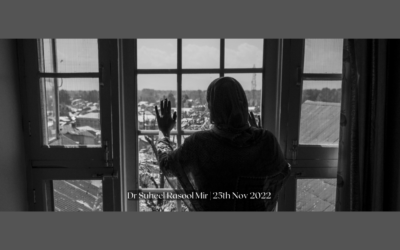 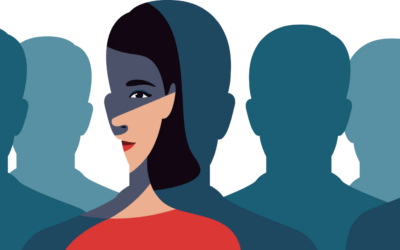 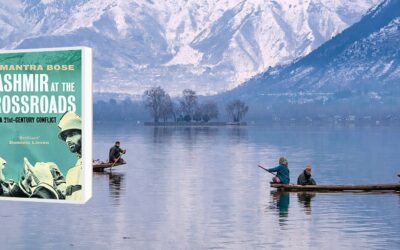 Book Review: Kashmir at the Crossroads: Inside a 21st Century Conflict by Sumantra Bose