Webinar: The Cunning of Gender Violence 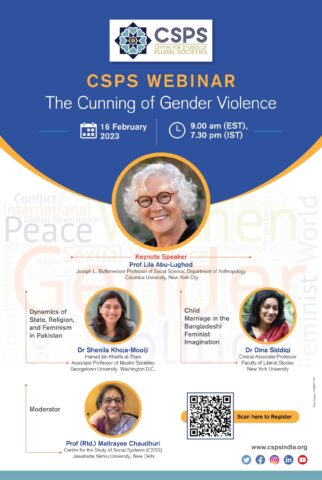 The discussion will be on 16th Feb at 7;30 PM IST/9:00 AM EST. Register Key Speaker: Prof Lila Abu-Lughod is a Palestinian-American Anthropologist, 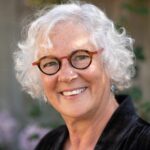 Prof Lila Abu-Lughod is a Palestinian-American Anthropologist, whose ethnographic work has been strongly based in Arab World, grounded in Egypt, as reflected in her book Veiled Sentiments. She has lived with a community of Bedouins in Western Desert of Egypt for nearly two years, studying the gender relationship between cultural forms and power. She has revealed how implicated poetry, honor, and sentiments are in power play, maintaining the system of social hierarchy and has extensively worked on dynamics of women’s and human rights, global liberalism, and feminist governance of the Muslim world. She has also coined the term “Securo-feminism”, for mainstreaming gender and installing women in leadership position in the expanding field of counter terrorism and emphasize the feminist governance not to contribute to the framing of communities and religious groups, by erasing the agency of diverse women, political histories, and the context of contemporary gender violence. She has highlighted the dangerous collusion between the international women’s right advocates and global security enterprises called countering violent Extremist. Thus, her work on security discourses, and Islamophobia, religion in the global governance of gender violence, and feminist governance of the Muslim world stirred the gendered dimension of security and political development in the region. Moreover, she has worked on politics of knowledge and representation, the dynamics of women’s and human rights, question of representation and ethics, cultural politics of poetry, media and museums, politics of memory, and the international circulation of rights discourse. She has published significant work on Veiled Sentiments: Honor and Poetry in a Bedouin Society (University of California Press, 1986), Writing Women’s World (University of California Press,1993), Remaking Women (1997) Drama of Nationhood (University of Chicago Press, 2005), Local Context of Islamism in Popular Media (Amsterdam University Press, 2006), Do Muslim Women needs Saving? (Harvard University Press, 2013) and other edited volumes.

Currently, Lughod’s upcoming edited volume of The Cunning Gender Violence, looking at one of the highest rates of child marriage in Bangladesh, scholar like Dr Dina Siddiqi has written on “child marriage” in the Bangladeshi feminist imagination, and how the international feminist concern shape women’s organization. Moreover, Dr Shenila Khoja-Moolji talks about the dynamics of state, religion, and feminism in Pakistan.

Some of her publications are available here. 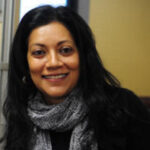 Dr Dina M Siddiqi’s research, grounded in the study of Bangladesh, joins development studies, transnational feminist theory, and the anthropology of Islam and human rights. She has published extensively on the global garment industry, non-state gender justice systems, and the cultural politics of Islam and nationalism in Bangladesh. She is currently engaged in a project on economic development, discourses of empowerment and the travels of civilizational feminisms.

Dr Siddiqi is a member of the New York University Society of Fellows, on the advisory board of Dialectical Anthropology, and on the editorial board of Routledge’s Women in Asia Publication Series. She is on the Executive Committee of the American Institute of Bangladesh Studies (AIBS), and an Advisory Council member of the South Asian feminist network, Sangat. She has frequently collaborated with Bangladeshi human rights organizations including Ain o Salish Kendra, Nagorik Uddyog, and Bangladesh Legal and Services Trust (BLAST).

Her research publications are available here.

Title: Dynamics of State, Religion, and Feminism in Pakistan. 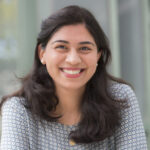 Dr Shenila Khoja-Moolji researches and writes about the interplay of gender, race, religion, and power in transnational contexts. She explores this theme particularly in relation to Muslim populations in South Asia and in the North American diaspora. She is the author of award-winning books and articles.

Dr Khoja-Moolji’s book Forging the Ideal Educated Girl: The Production of Desirable Subjects in Muslim South Asia combines historical and cultural studies analyses with ethnographic work to examine the figure of the ‘educated girl’ in colonial India and postcolonial Pakistan. The book was awarded the 2019 Jackie Kirk Outstanding Book Award from the Comparative and International Education Society, and the 2019 Michael Harrington Award from The Society for the Study of Social Problem’s Poverty, Class, Inequality Division.

Her second book, Sovereign Attachments: Masculinity, Muslimness, and Affective Politics in Pakistan engages in a study of the cultural and affective dimensions of sovereignty. Through a close reading of an array of cultural texts produced by the Pakistani state and the Pakistan-based Taliban, Khoja-Moolji theorizes sovereignty as an ongoing attachment negotiated in public culture. The book won the 2022 Best Book Award from the International Studies Association’s Theory Section; the 2022 Book Award from the Association for Middle East Women’s Studies; Honorable Mention for the 2022 Lee Ann Fujii Book Award, International Studies Association; and Honorable Mention for the 2022 Best Book Award by the Global Development Studies Section.

Dr Khoja-Moolji is currently working on a book (under contract with the Oxford University Press) that traces the transnational lives of Ismaili Muslim women. The book follows their journeys, past and present, from colonial India to East Africa and then onto North America. It outlines the everyday forms through which women create spaces of joy, forge community, and practice ethical subjectivities.

Her research publications are available here 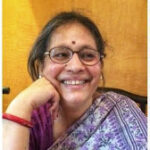 Professor Maitrayee Chaudhuri has retired from the Centre for the Study of Social Systems (CSSS), Jawaharlal Nehru University (JNU), New Delhi. Prof Chaudhuri was the Director of the Women’s Studies Programme (2006-2008) and has been an Advisor of the National Council for Education, Research and Training of India. She was a DAAD Visiting Professor at Albert Ludwig University, Freiburg in Germany (2003), and a Visiting Fellow at Harvard University (1995-1996) as well as at the University of Massachusetts (1995-1996). She was invited to lecture at Brown University (USA) (2009, 2011) and at the Graduate Institute of International and Development Studies, in Geneva (2010). She was also invited as an external expert for the Switzerland Doctor School on Gender (2010). She was the expert on Asia for “A Feasibility Study of Women, Intangible Heritage and Development” conducted by UNESCO and the Iranian National Commission for Culture in 2001 and was also the coordinator for the JNU Global Studies MA Program in collaboration with the University of Freiburg, Germany and University of Natal, South Africa.

Her research interests have been on the making of the public discourse in modern India. Her early work focused on nationalism, colonialism, and feminism in India. Since the early 1990s, she has been looking at the changing nature of public discourse in the context of both neoliberalism and the rise of majoritarianism.

Her research publications are available here