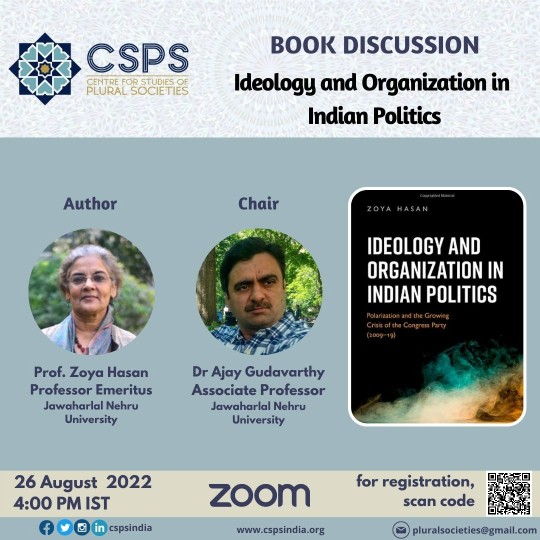 The book discussion will be conducted on 26 August 2022 at 4:00 PM IST on zoom. Register About Author Prof. Zoya Hasan is

Prof. Zoya Hasan is a Professor Emeritus at Jawaharlal Nehru University, a former Professor of Political Science, and the Dean of School of Social Sciences at Jawaharlal Nehru University, New Delhi. She was also a former member of the National Commission for Minorities. Prof. Hasan’s work has focused on the State, political parties, ethnicity, gender and minorities in India, and society in north India.

She was a Visiting Professor at the Universities of Zurich, Edinburgh, and Maison des Sciences de L’Homme, Paris, and held fellowships at the Institute of Development Studies, University of Sussex, Rockefeller Centre, Bellagio, and Centre for Modern Oriental Studies, Berlin. She has worked on research projects for the Indian Council of Social Science Research, Ford Foundation, DFID, United Nations Research Institute for Social Development and the Observer Research Foundation. She has been on the Executive Council of several universities and the Editorial Board of various national and international journals.

Amongst her many books, she has authored Congress after Indira: Policy, Power and Political Change (1984-2009), Democracy and the Crisis of Inequality: Collection of Essays, Politics of Inclusion: Castes, Minorities and Affirmative Action, Democracy in Muslim Societies: The Asian Experience, and India’s Living Constitution: Ideas, Practices, Controversies. 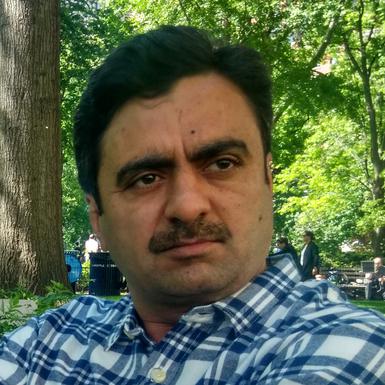 He has been visiting faculty to the universities of Tubingen, Gottingen, Calcutta and Hyderabad and held fellowships at Universities of London and Aberdeen.