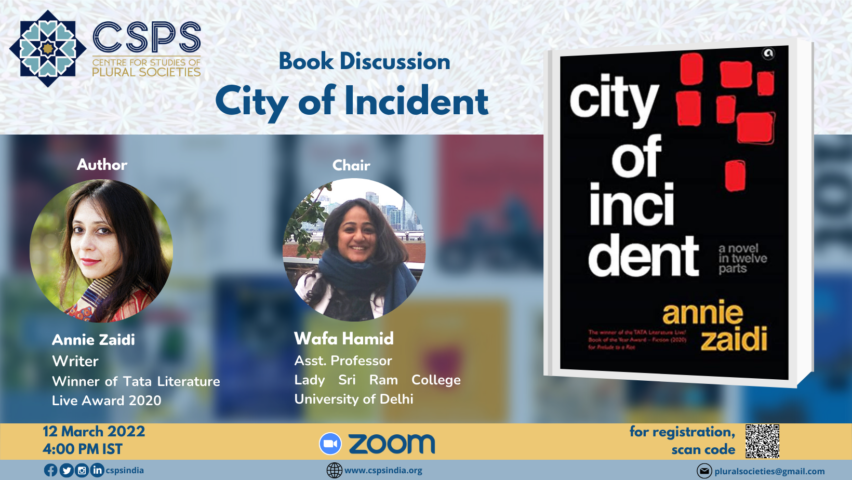 The book discussion will be conducted on 12 March 2022 at 4:00 PM IST on zoom. Register About Author

Annie Zaidi writes poetry, essays, fiction of varying lengths, and scripts for the stage and the screen. She is the author of Known Turf: Bantering with Bandits and Other True Tales, a collection of essays shortlisted for the Vodafone Crossword Book Award (non-fiction, 2011), and the co-author of The Bad Boy’s Guide to the Good Indian Girl. A series of illustrated poems, Crush, was made in collaboration with artist Gynelle Alves. A collection of short stories Love Stories # 1 to 14 was published in 2012; and an e-single Sleep Tight in 2013.

Her work has appeared in various anthologies, including Mumbai Noir; Women Changing India; India Shining, India Changing, and literary journals like Pratilipi, The Little Magazine, The Missing Slate and Out of Print. She won The Hindu Playwright Award in 2018 for her play Untitled 1 and the Nine Dots prize in 2019 for her essay ‘Bread, Cement, Cactus’. Her novel Prelude to a Riot won the TATA Literature Live! Book of the Year Award-Fiction in 2020 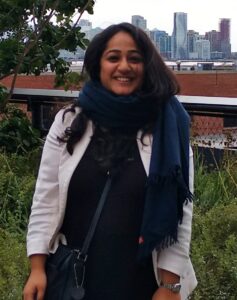 Wafa Hamid is Assistant Professor in the Department of English at Lady Shri Ram College for Women, University of Delhi. She has taught several courses in English language and literature at the postgraduate and undergraduate level. She is doctoral candidate at the Centre for English Studies, School of Language, Literature and Culture Studies, Jawaharlal Nehru University, New Delhi after completing her M.Phil in English from the same Centre in 2011. Her doctoral research explores the relationship between aesthetics and politics with a focus on the representation of marginalized subjectivities thereby leading to a negotiation of boundaries between public/private, past/present, centre/periphery, and self/other.

Her main areas of interest include: Gender and Sexuality Studies, Literary Theory, Popular Culture, Women’s Writing, Culture Studies, South Asian Studies and Translation Studies among others. Her most recent publication includes a study of the Kashmiri-American poet, Agha Shahid Ali with a focus on the politics and poetics of Kashmir. She is a 2005 Study of U.S. Institute (SUSI) fellow and is also contributing editor of Jaggerylit: A South-Asian Arts and Literature Journal. 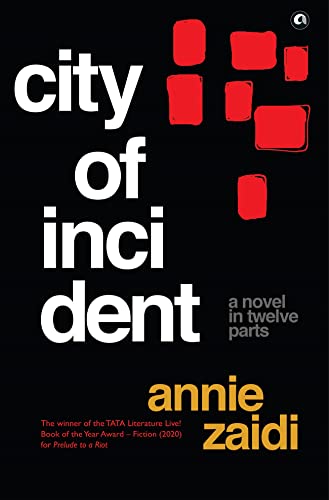 City of Incident tells the story of six women and six men, each of them struggling to keep their balance in a metropolis that affords them little power, little hope, and little chance of redemption. Their stories twine together to give us an unsettling look into the lives that take place on the peripheries of our vision. These are people you may encounter on the Metro, glimpse from the window of your car, or read about in brief items on the inside pages of the newspaper. They might be among those who watch as you hurry past, from silent balconies, under flyovers, and behind the glass partition at the bank: people who don’t particularly interest you until a fragile moment shatters. The lives of the characters in City of Incident coalesce into a great darkened lens that presents an unnerving view of a great city and its most powerless inhabitants.