Book Review: Kashmir at the Crossroads: Inside a 21st Century Conflict by Sumantra Bose

Several books have dealt with different aspects of the Kashmir conflict through various tangible lenses, primarily through lived experiences. In that regard, there are comprehensive works on its history. Javaid Iqbal Bhat covered the decade from 2007-2017, giving the reader a deep, insightful perspective of the conflict; Basharat Peer’s The Curfewed Nights provide a first-hand experience. Ergo within this ambit, the recent book of Sumantra Bose Kashmir at the Crossroads: Inside a 21st Century Conflict is unique in its analysis of the recent history, particularly in light of the sudden dissolution of the state of Jammu and Kashmir on August 5, 2019, and the various dire events that unfolded after that. 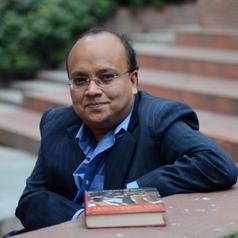 Sumantra Bose is a Professor of International and Comparative Politics at the London School of Economics. With a particular focus on the Indian subcontinent (particularly Kashmir) and the former Yugoslavia, he is an expert in studying ethnic and national conflicts and their management. Furthermore, Bose has conscientiously written three books on the Kashmir conflict in the last three decades, the first one in 1997 titled The Challenge in Kashmir, the second one in 2003 titled Kashmir: Roots of Conflict, Paths to Peace and the third one titled as Kashmir at the Crossroads: Inside a 21st Century Conflict.

A dispute over Kashmir’s future has been raging ever since the majority-Muslim Kashmir, commanded by a Hindu leader named Hari Singh, acceded to India in 1947. The latest book by Bose gives a complete description of the Kashmir conflict. It offers a historical context and a present political analysis of the circumstances. The author argues that the events of August 2019 are as important as 1947, when the conflict began, or January 1990, when the Kashmir valley plunged into an insurgency. All the events have been pivotal in the evolution of the Kashmir conflict. This book is structured chronologically into five periods. The first three periods, which are 1947-89, 1990-2004, and 2005-2019 focus primarily on the historical background of the conflict. The following two periods focus on the ruling BJP government’s actions and the international dimensions of the crisis.

The book discusses the history of the princely state of Jammu and Kashmir, which lasted from 1856 to 1947. The author covers the four decades during which the deplorable living conditions of the majority Muslim population sparked the protests in the 1930s. These protests led to the 1946 “Quit Kashmir” rallies that eventually called for the removal of Hari Singh. The book efficiently discusses the history of Jammu and Kashmir, which is essential in understanding the 20th-century conflict. Amid the carnage of partition, the precis also recounts Jammu and Kashmir’s inevitable accession by Hari Singh to India. It dates back to 1953 when the “permanent police state” was instituted, and Prime Minister Jawaharlal Nehru ousted Sheikh Abdullah’s popular government, what Bose calls a “coup.” (p. 33). He adds that the governments that followed Abdullah’s overthrow were “installed through farcically rigged elections and dispensed with by their masters once they outlived their usefulness” (p. 35). The author opines, “There was a surreal rerun of the 1953 coup in 1984, with Indira Gandhi, Jagmohan, G.M. Shah and Farooq Abdullah in the roles of Jawaharlal Nehru, Karan Singh, Bakshi Ghulam Mohammad, and Sheikh Abdullah.” In a similar manner, Article 370 was revoked by the government of Prime Minister Narendra Modi in August 2019. The author not only attests to the violence or the waxing and waning of insurgency but also highlights the chain of events that unfolded during the years, starting with the Atal Bihari Vajpayee’s bus diplomacy to Lahore, followed shortly by the Kargil war, then the parliament terror attack of December 2001, the answering crisis of 2002 and the beginning of a peace process over Kashmir by 2004.

In the present status quo, the Kashmir conflict is poised at a rather delicate juncture, including the geopolitics involving China, India, and Pakistan.

Bose poignantly reminds the readers about the ideological motivation behind implementing the Kashmir Policy that has been underway since August 5, 2019. The removal of Article 35A provided certain protections to all permanent residents of Kashmir, Jammu, and Ladakh. The erasure of Jammu and Kashmir’s statehood and the unilateral redrawing of the map dividing the state into two union territories triggered a new phase in the Kashmir dispute. The denouement addresses different aspects of all the dimensions of the conflict. In the present status quo, the Kashmir conflict is poised at a rather delicate juncture, including the geopolitics involving China, India, and Pakistan. The author writes, “Prime Minister Narendra Modi and Home Minister Amit Shah almost certainly anticipated that the Pakistani reaction to their new, iron-fisted Kashmir policy would verge on the hysterical and that this reaction would help them sell their policy to the Indian public.” (p. 266). “It is almost as certain,” he adds in a later passage, that “the strongman duo in New Delhi did not anticipate the nature and severity of China’s response.” (p. 267). The day following the action separating Ladakh from Jammu and Kashmir, the Chinese foreign ministry released a statement denouncing change in the status quo and escalating tensions.

Bose poignantly reminds the readers about the ideological motivation behind implementing the Kashmir Policy that has been underway since August 5, 2019. The removal of Article 35A provided certain protections to all permanent residents of Kashmir, Jammu, and Ladakh. The erasure of Jammu and Kashmir’s statehood and the unilateral redrawing of the map dividing the state into two union territories triggered a new phase in the Kashmir dispute.

Withal the author of this book, deftly highlights how the current drivers of the conflict are the continued mistreatment of Kashmiris by the government of India. He profoundly argues that the constant attacks on freedom of expression, draconian laws, forced disappearances, and continued militarisation keeps the 75-year-old conflict raging in the valley.

While the first three sections of this book are prodigiously instructive, there is not much information on Kashmir’s early history or pre-Raj Jammu and Kashmir. The concluding two sections of the book are its most vital selling points. In these, Bose critiques the BJP’s policies in Kashmir and simultaneously highlights the regional geopolitics of the conflict. The author offers context and history at every reference, frequently going over material already covered in the preceding work, which makes some portions of it somewhat repetitive. However, this book presents a comprehensive and objective view of the Kashmir conflict.

The review is written by Ulvee Muneer, a Research Intern at CSPS 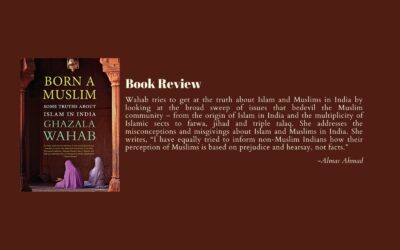 Book Review- Born a Muslim: Some Truths about Islam in India 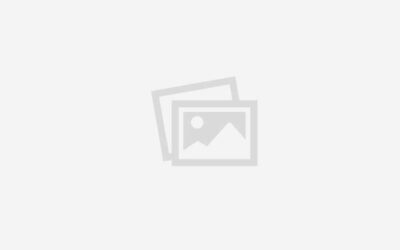 Book Review- Iran Rising: The Survival and Future of the Islamic Republic