The Centre for Studies of Plural Societies (CSPS) and Aligarh-based Ibn Sina Academy of Medieval Medicine and Sciences, a centre of excellence, have agreed to cooperate in the field of research and higher education and have signed a memorandum of understanding on 20th January 2023 in Ibn Sina Academy’s office in Aligarh. CSPS is a New Delhi-based independent, non-profit, educational, and research training Centre to promote the culture of scientific social research. The CSPS aims to train young minds to respect or be open to diverse ideas, frameworks, approaches, and concepts while engaging with the knowledge or its production facilitating meaningful dialogue toward achieving an empowered citizenry. 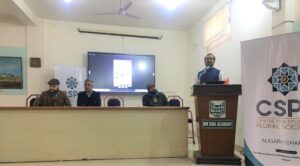 The founder president of Ibn Sina Academy, Padma Shri Prof. Hakim Zillur Rahman, and the founder director of CSPS Dr. Omair Anas signed the MoU in Aligarh on 20th January in which they agreed to support research and higher education and provide support to researchers and scientists of all communities. Prof. Hakim Zillur Rahman has immensely contributed to the field of Unani medicine, and Indian and Central Asian culture and has preserved hundreds of rare manuscripts. He established the Ibn Sina Academy of Medieval Medicine and Sciences in 2000 in Aligarh where he housed thousands of rare manuscripts, archives, artefacts, and reference books on a variety of subjects including medicine, history, culture, and religion, and has been supporting scholars and researchers.

CSPS, since 2021, has been actively engaged in intellectual projects and has provided support to young researchers and scholars of social sciences and humanities. As Aligarh has been on the world map for its contribution to higher education and scientific research, the CSPS Aligarh Chapter seeks a productive engagement with researchers, scholars, and students of higher studies in Aligarh, particularly of Aligarh Muslim University. 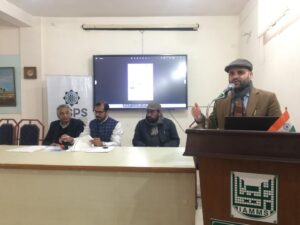 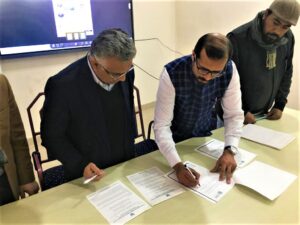 Dr. Omair Anas, Director (Research), CSPS, and Dr. Syed Ziaur Rehman, Professor of Pharmacology, Jawaharlal Nehru Medical College, Aligarh Muslim University and Trustee of Ibn Sina Academy of Medieval Medicine and Sciences introduced the objectives of the partnership. Javed Iqbal Wani, Assistant Professor, Dr. B.R. Ambedkar University, New Delhi, and Head (Honorary) of Research and Publication at CSPS, gave a lecture on “Planning Research Education and Career in Social Sciences and Humanities” in which he highlighted the importance of research organisations like CSPS and Ibn Sina Academy in promoting research and higher education in the country. As India strives to achieve Sustainable Development Goals (SDGs), more highlighted since India assumed G20 Presidency, Dr. Wani underlined that the role of CSPS has an important role to play. Dr. Wani also noted that the CSPS is also actively contributing to SDGs and is becoming part of G20 deliberations.

← Prev: Antisemitism and Perception of Hitler in India Next: Opportunities and challenges of India's G-20 Presidency → 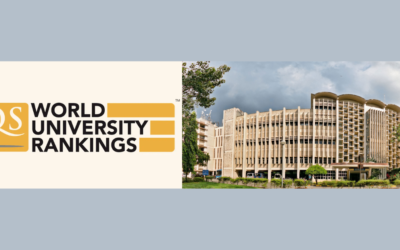