The colonial world order is responsible for the Rohingya crisis 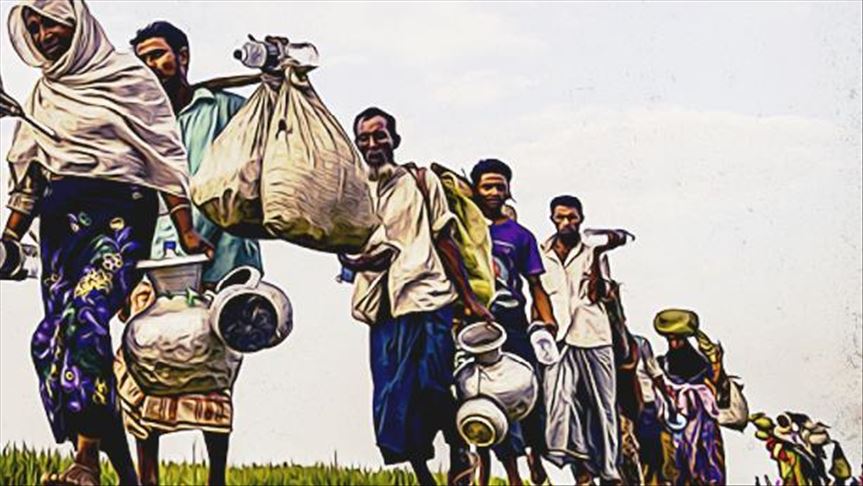 As the nationalist struggle against British control of Burma intensified, anti-Muslim sentiments grew as they saw Muslims close to the British administration, though many of them fought against Britain to liberate Burma from British rule.

When the Japanese captured parts of Burma and the Rakhine region in 1942, Buddhist monks started expelling and displacing many Muslim communities, causing communal riots. Meanwhile the British administration offered a Muslim National Area for Muslims when they recaptured the region from the Japanese in 1945. But the short-lived promise came to an end when Burma declared independence and the new Burmese administration started expelling all Muslim officers and employees in Burma in large numbers. Indigenous Muslims who had been in Arakan for 500 years were treated as enemies, illegal immigrants. They denied their 500-year-old residence entry into the country and their contribution to the region’s development and security much before it was the official part of modern Myanmar.

What is happening in the modern nation-state of Myanmar is beyond the limits of a humanitarian crisis or human rights violations. It is more than that. They are now denying the entire existence of a reality, the existence of a community that lived there for centuries and built an emotional, cultural and civilizational life world. When many Buddhist monks and their political puppeteers claim that Myanmar is facing a threat of Islamization, a demographic risk or an organized terrorist threat, they ridicule human reason and sensitivity, something Buddhist traditions must be respectful of.Unfortunately many policy centers, including the Brookings, have fed the “terrorism” and “illegal migration” narratives to justify Aung San Suu Ki’s indifference towards Buddhists’ brutalities against Arakan Muslims. The Brookings in its report purposefully ignores the origin of Arakan Muslims, descending from five centuries, and refers to them as immigrants that came from India during British rule from the 1870s to 1948. The report also somehow endorses the Buddhist fear of the Rohingya crowding them out.No historical account proves that Muslims planned and executed a military invasion of Arakan. They came there en route to maritime trade and settled there with the consent of the local population, contributed in the development of the society and became part of society. What is being practiced by Aung San Suu Ki, once a champion of human rights and freedom, is a dangerous sport of majoritarian populism that has created a new form of terrorism playing loot and plunders without fear.

Interestingly, Myanmar is facing more violent, armed ethnic conflicts, but the terrorism card is focused only on Rohingya Muslims. As other ethnic groups near the Chinese borders are more organized and powerful, Myanmar accuses China of arming many of them, while the Muslim Rakhine are poor, illiterate and lack outside support. As a result, the region never saw peace talks similar to what it entered into with other ethnic groups.

Aung San Suu Ki did not hesitate from playing the Kashmir card to win India’s right wing support on the issue whose majority demands expelling Rohingya refugees from the country. As global politics is also overloaded with the “Islamic terrorism” narrative, Myanmar politicians find it convenient to play the same card against its own religious minorities.

Perhaps the biggest obstacle in controlling the unfolding disaster is primarily Myanmar’s reluctance to recognize its Muslim minorities as citizens. A large majority of Rohingya Muslims are still without any official ID cards. Authorities since independence have imposed discriminatory restrictions on Muslim minorities, including marriage and “two child” restrictions for Rohingya. A majority of Rohingya are still unaccounted for by the national census, and have no ID cards and have remained stateless since the British left the region.

It is not difficult to understand that the current crisis has its roots in British mismanagement and misuse of communal differences in its colonies to serve its interests. Primarily, the international community, most importantly the United Nations Security Council, must recognize the crisis and the Rohingya Muslims as historical natives of the Rakhine region and their natural right to live in the lands of their ancestors. As the region has become part of modern day Myanmar, the country should also be asked to treat its religious minority equally and provide them opportunities to live in peace and dignity along with other communities in the country.

Countries helping the demographic change of the Rakhine region for their strategic or commercial interests are playing with fire, as uprooted communities cannot compensate their pain and loss without reclaiming their natural rights. Any solution to the crisis that doesn’t facilitate that Rohingya return to their homes and guarantees their safety and equal citizen rights creates fertile ground for long-term discontent, which can be conveniently used by both radical groups and states to justify their continued repressive politics, leaving the victims in pain and distress forever.

Perhaps the biggest tragedy is the response of major powers, the members of the United Nations Councils who have become indifferent to Muslim tragedies. China and Russia are said to be planning to oppose any resolution Muslim countries plan to ask of the UNSC to prevent the ongoing genocide. The crisis has just one lesson that Muslim countries need to learn: The colonial power structure continues to decide and define their fate. The colonial order, now jointly led by the UNSC, must come to an end, and a new international order beyond the big five should replace it.

← Prev: A pandemic of failures Next: Pluralism in the Indian Constitution: Seminar Lecture by Dr. Mohammad Umar → 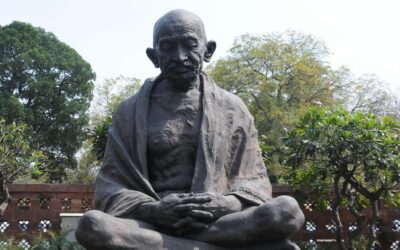 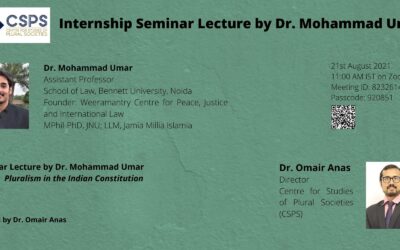